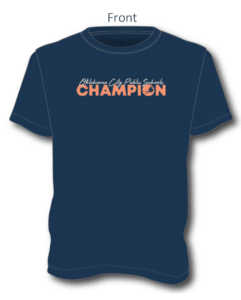 “T-Up for OKCPS brings to life our mission of advancing excellence, advocating for equity and building strong community support for Oklahoma City Public Schools. This campaign is an engaging and inclusive approach to raising funds that ultimately are invested back into the district’s schools, staff and students to fulfill their needs,” Mélon said. “In its inaugural year, T-Up for OKCPS needed innovative leaders and advocates who embrace collaboration, and we have found that in our event co-chairs Ashley and J.D. along with the entire event committee.”