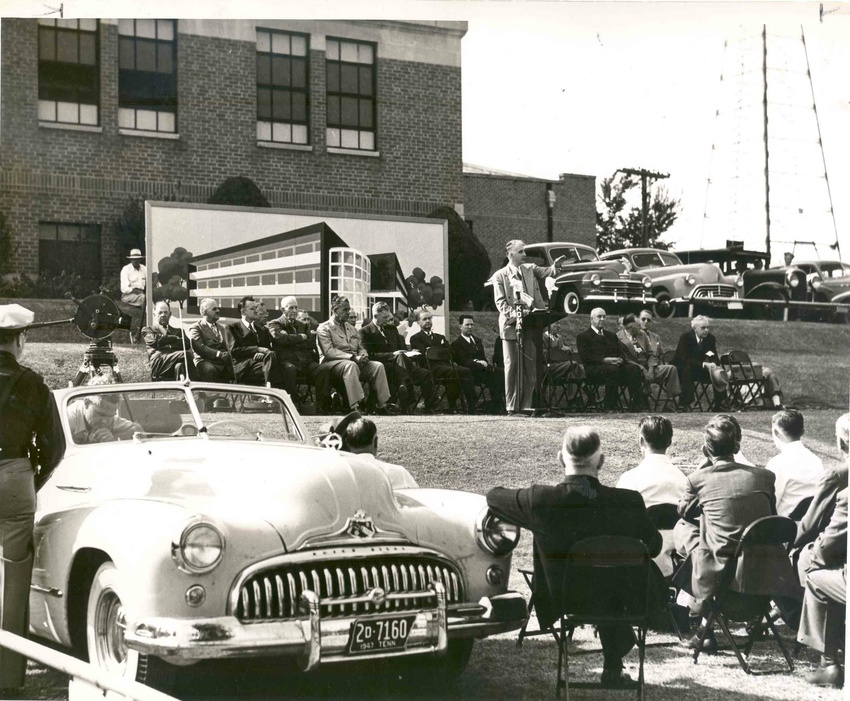 Oklahoma Medical Research Foundation and state officials held a ceremony to commemorate the acceptance of the land deed for OMRF on Oct. 3, 1947.

In 1946, a polio vaccine was still years away. DNA was just a group of letters. And no one had any idea cigarettes caused cancer.

But in Oklahoma, a group of citizens recognized that it wasn’t enough for physicians to work each day to treat illnesses like tuberculosis, heart disease and cancer. To make real headway against disease, medicine had to do more.

So, they created an institute where scientists could devote their entire careers to rooting out the causes of human disease: the Oklahoma Medical Research Foundation.

Saturday marks OMRF’s 75th anniversary. On Aug. 28, 1946, Oklahoma’s Secretary of State granted the charter of the new foundation that would, in the words of an early fundraising brochure, conduct “scientific investigations in the field of medical research to attack killing and crippling diseases about which little is known by science.”